It is particularly suitable for the detection of previously unidentified myocardial abnormalities - Silent Heart Disease – and early stage heart disease before it becomes fatal. Some statistics and comments relating to heart-disease related deaths are shown below:

HTL is now at the point where it is ready to produce and sell the latest version of the MyoVista™ device. Initially, efforts will be focused through its Middle Eastern distributors, which will allow its statistical clinical data-base to be expanded. FDA approval has been applied for as next, it is HTL’s intention to expand into the American as well as the Western European markets. 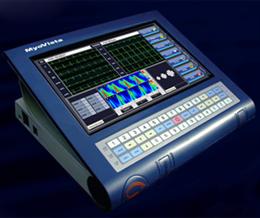 RJP Capital Limited has been engaged by Heart Test Laboratories (“HTL”) to assist in raising up to $12 million for the production, marketing and distribution of the ‘MyoVista’™  heart  screening  device.